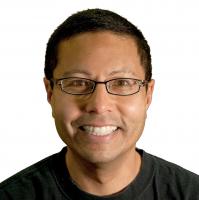 Peter contributes his thought leadership and works within a business development role at ICS. As a consummate entrepreneur, his experiences led him to the early days at O’Reilly Media and then onto various positions at several startup companies. As an MIT graduate, he founded the MIT Entrepreneurs Club, co-founded the MIT $100K Entrepreneurial Competition and currently resides in the San Francisco Bay Area.

I was present at the 2007 MacWorld Expo where the iPhone was announced. Ever the master marketer, Steve Jobs orchestrated a live demo, placing a call to Apple’s VP of Marketing as he was walking down the aisle of the packed auditorium. Afterward, in the large Apple booth on the exhibit floor, there were two suspended models of iPhones rotating in plexiglass cases: you couldn't touch them, you couldn't hold them, you couldn't make calls on them like Steve Jobs had done from the stage.

Speech Recognition in the Car: Are You Siri-ous?

The auto manufacturers are being challenged on so many fronts these days: are they up to this challenge as well?

How Can Automakers Compete with the Rise of the Smartphone?