We've just returned from the Qt Developer Days European conference last week and I wanted to share a brief report on some of the highlights of the show. 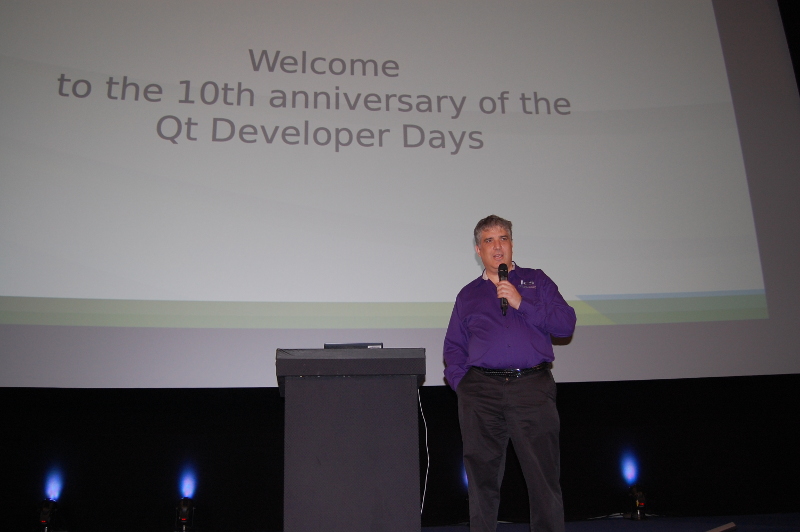 This was the 10th annual Qt Developer Days. The conference is traditionally held in Europe and North America and this year the European show was at the Cafe Moskau in Berlin, the same location as last year.

The attendance of the show has increased over last year, a clear sign that Qt is healthy. I conservatively estimated there were over 600 people at the keynote talks and numbers as high as 750 attendees were reported. This year the keynotes had to speak in the Kino International across the street as the Cafe Moskau was too small to seat everyone in one room. The opening was so popular, we had live streaming videos of the keynotes to two other conference locations for people to enjoy who were not present in the auditorium.

The conference started on Monday with an optional training day, with seven full day courses offered on different aspects of Qt. Tuesday morning started with keynote talks given by five different speakers. Tuesday afternoon and all day Wednesday were filled with technical talks. Over 40 presentations were given in 5 rooms covering 11 different technical tracks. As always, the technical talks were excellent and covered a wide range of topics.

New this year were lightning talks. These were short 10-minute talks, running in parallel in each of the 5 rooms, with 5 talks in each room over a one-hour time slot. Covering any Qt topic in 10 minutes was indeed challenging and most of the speakers successfully pulled it off.

About ten vendors had booths on the trade show floor. ICS showed the latest version of our touchscreen demo program that highlights many of the technologies we work with and develop for customers. Several touchscreen systems were running on Windows and Linux as well as an Android tablet. The demo was written using Qt 5 and makes use of Qt Quick (QML).

The ICS booth also featured the launch of the new ICS Europe office that opened in Denmark this year. Our booth had good traffic every day of the show. 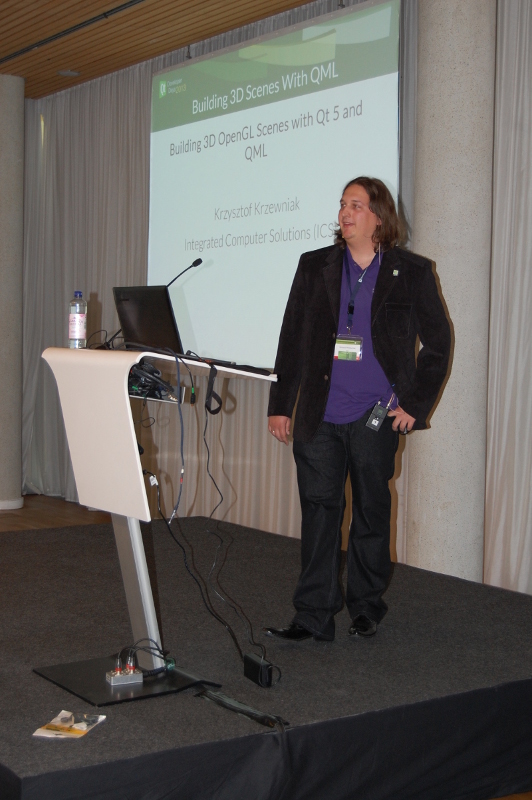 ICS had over twenty staff members at the show, including much of our European team. Whether running the booth or attending technical talks, we were all very visible in our purple ICS shirts. ICS staff gave several presentations and lightning talks, which were well received. 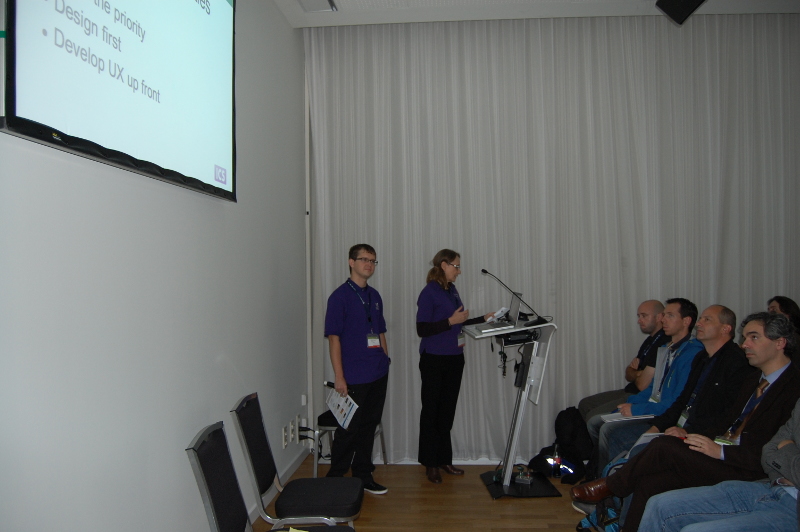 New this year, and running in parallel with Dev Days, was the Qt Starter Edition. Aimed at people new to Qt, this conference was held a few blocks away from Dev Days at a different venue. Anyone registered for Qt Developer Days was allowed to go to the Starter Edition talks.The combined evening reception and dinner for both conferences was also held there.

Also new this year was the selection of the recipient for the Qt Community Award, intended to recognize an individual who went above the call of duty to contribute to Qt. Nominations were taken before the show and the top five nominated individuals were voted on by the attendees at the show. While all five nominees were deserving of the award, the winner was Lars Knoll of Digia, the Qt Chief Maintainer. He accepted the award on Wednesday evening.

The show closed with a champagne toast and singing Happy Birthday to celebrate ten years of Qt Developer Days. At least three people were present who had attended all ten Developer Days conferences!

We are now looking forward to Qt Developer Days North America to be held in San Francisco. It will be hosted by ICS on November 6th through 8th, 2013 and will feature many of the same talks as Berlin as well as some different ones. We hope to see you there! 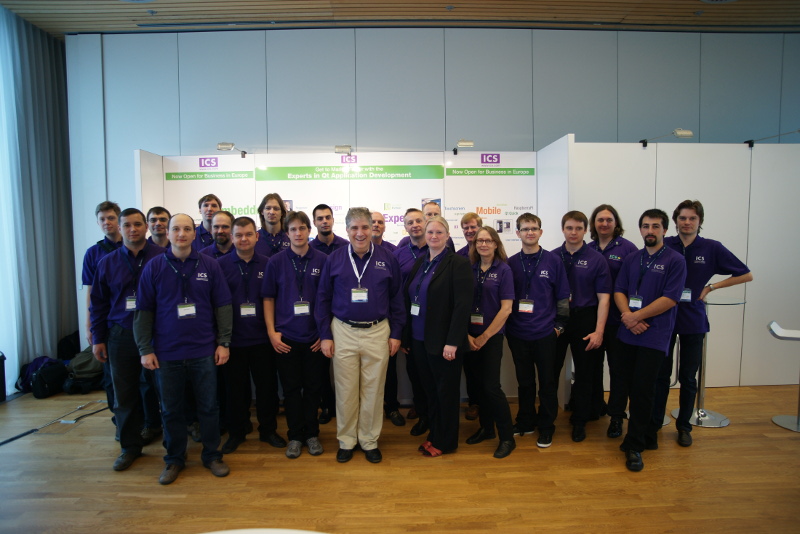