Qt Creator wizards are powerful code-generation tools that expedite time to development. In this article, I'll discuss the types of Qt Creator wizards that are available to developers at present, with a focus on templated wizards. I'll also provide helpful tips for preparing to write them. 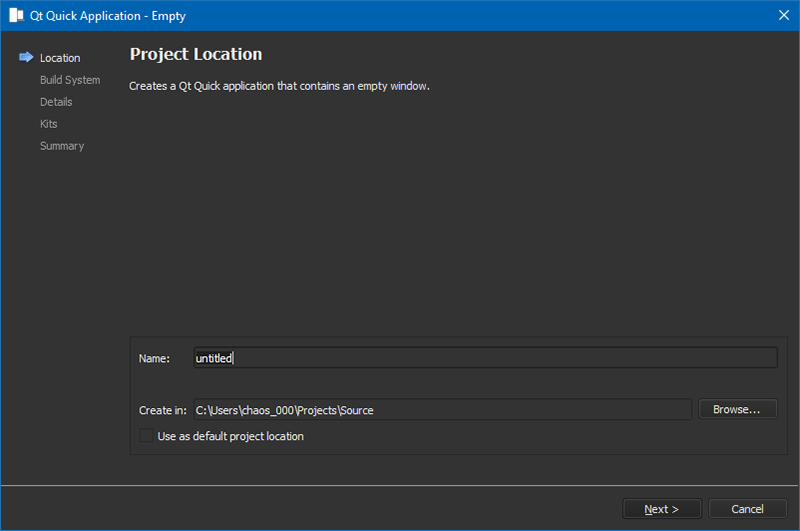 Within Qt Creator, whenever you endeavor to create a new file or project, you are directed to the New File or Project dialog. Selecting an entry from that dialog and clicking the Choose… button creates an instance of a wizard or guided process like in the above image. That wizard will assist in the generation of file(s) corresponding to your selection.

Ultimately, these Qt Creator wizards reduce development time by eliminating redundant steps in code production.  They streamline the process of file and project generation by reducing the workflow to simply filling out a few fields and/or clicking a few buttons. Additionally, they provide a means to standardize project and class creation — as well as initial and/or structural formatting — across your development team.

There are two primary types of Qt Creator wizards: JSON-based wizards and XML-based wizards. You can accomplish most common tasks using either one. For tailored functionality not provided by those types, you may wish to design a custom C++-based wizard, which would be exposed to Qt Creator via a plugin.

XML-based wizards allow you to accept information from the user, manipulate that data into populating template files, which are constructed at a target location from copies in the wizard directory. Additional screens [described as desired within the XML] are created and injected into existing project and class wizards. These screens extend the information collection capacity of the wizard to assist with appropriately populating the template files during the generation process.

In addition to user-entered field values, there are several predefined standard variables available to the generator, including date, time, project name, source and target paths, etc. Another feature offered by these wizards is localization: the field labels and values can be assigned different translations based on the current locale. Validation rules may also be applied to your variables and user inputs.

JSON-based wizards provide a superset of the functionality available in XML-based wizards. The JSON wizard interpreter comes with a JsExpander, which contains its own QJSEngine. In addition to the features supported by XML-based wizards, the expander-engine package offers the ability to evaluate JS statements and to execute scripts within your wizard without having to resort to the full-blown C++-plugin to achieve the same. Some of the objects Qt Creator registers with the QJSEngine include (but are not necessarily limited to):

The range of functionality available within the JS engines is extended by these registered components to assist with common wizard challenges.

C++-plugin-based wizards offer a way to tailor the plugin to your needs. You can use your plugin to register additional objects with the JS engine and proceed with using JSON-based wizards, or you can build custom wizards from the ground up to look the way you desire and most often to perform more complex tasks that are either not as easily achieved via the available JS engine or simply out of the realm of possibility via that route.

C++ wizards have basically devolved into a method of last resort. Most of the functionality required by wizards can generally be satisfied by the JSON-based wizards, which were developed with the intention of reducing code duplication and simplifying the wizard code base.

Below are some items to be aware of when preparing to develop Qt Creator wizards that will help get you started and productive more quickly.

Though unnecessary, there are a couple things you can do to prepare your environment for developing Qt Creator wizards that will greatly increase your productivity. They can also provide you with debugging capabilities you wouldn’t otherwise have access to.

If the wizards you design are not placed in specific directories, Qt Creator will not know where to find them or how to load them. So, in order for Qt Creator to detect your custom wizards, they must be located in one of the following directories:

When developing for/contributing to Qt Creator or when building a custom C++-based wizard plugin you will want to create your wizards here.  At this point running qmake will copy your custom wizard directory over to the corresponding build directory where it can be detected by subsequent runs of Qt Creator.

This option is preferred for local wizards that do not require processing by qmake and is the most likely place you will want to be storing your custom wizards with the exception of contributing back to Qt or of developing a C++-plugin-based wizard.

Although the standard wizards are organized into a directory hierarchy by type, this pattern does not need to be followed. The wizards will instead be displayed and organized in the New File or Project dialog according to configuration options specified in the wizard’s configuration file.

Several control types are available to template wizards, including:

Qt Creator wizards are powerful code-generation tools that expedite time to development. They can simultaneously help familiarize team members with any common company/team code/hierarchy formatting practices. They’re relatively simple to learn, and there are tools available to catch and notify you of any problems you might run into along the way. Consider giving wizards a try and see how much time the automated code generation can help your team!

Here are some additional references you may find useful when developing Qt Creator wizards: