Qt 5.14 introduced a new class, QCalendar, which provides some useful functionality for localization of dates.

An instance of a QCalendar object maps a year, month and day number to a specific day using the rules of a particular calendar system. The supported calendar systems (as of Qt 5.14.1) are:

Specific calendar systems are implemented by back end plugins. The comments in the code indicate that there are more calendar systems defined by Unicode that could be supported in the future (e.g. Buddhist, Chinese, Coptic).

The Qt documentation does a good job of describing the APIs so I won't repeat that here. A wrote a small widget-based example program that exercises most of the QCalendar API. You can select from the available calendar systems, and then see the result of various methods. A couple screenshots are shown below. 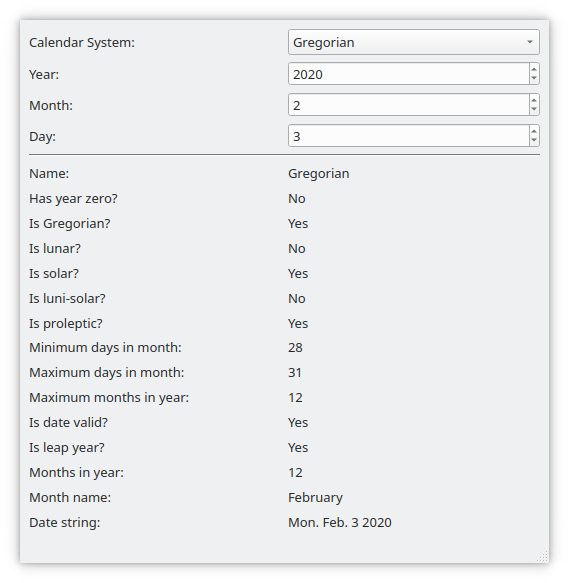 If you want to explore the QCalendar class, you can find the complete source code and project file here. It requires Qt 5.14.0 or later.