QtSerialBus is a new Qt module, introduced as a technical preview in Qt 5.6.0. It supports two serial interface protocols that are commonly used on embedded systems: CAN bus and Modbus. In this blog post we'll take a brief look at this new module and what it provides.

What is CAN bus?

CAN bus (1), or Controller Area Network bus, is a vehicle bus standard that allows microcontrollers and devices to communicate with each other in applications without a host computer. It is a multi-master serial bus where all nodes are connected to each other through a two wire bus. A message-based protocol, it was originally designed for multiplexed electrical wiring within automobiles, but is also used in many other contexts.

CAN bus is one of five protocols used in the OBD-II (on-board diagnostics) standard, which has been mandatory for consumer vehicles in North America since 1996. A similar standard, EOBD, applies to vehicles sold in Europe. Unless your vehicle is very old, you will find an OBD-II connector under the dashboard, and all North American vehicles built since 2008 support CAN bus on the connector.

Modbus (2) is a serial communications protocol that has become a de facto standard, commonly used for connecting industrial electronic devices. It allows communication among multiple devices connected to the same network, often to connect a supervisory computer with a remote terminal unit in Supervisory Control and Data Acquisition (SCADA) systems.

How To Obtain and Build QtSerialBus?

It is licensed, like most Qt modules, under the LGPLv3, GPLv2, and GPLv3 licenses or under a commercial license from The Qt Company.

If you want to build it from Git, here are some brief instructions on how to do so under Ubuntu Linux. It can be built in a similar manner on other platforms (the commands I typed are shown in bold):

What Hardware is Supported?

The QtSerialBus library uses back end drivers specific to different interfaces. For CAN bus, it currently supports the following back ends:

For Modbus, there is currently one back end which doesn't depend on any external libraries. It supports RTU (serial) and TCP (Ethernet) communications.

The QtSerialBus module provides about 18 different C++ classes to support the two protocols in an object-oriented manner. Full documentation can be found from within Qt Assistant or the on-line version here (4).

It comes with one CAN bus programming example and three Modbus examples. All can be found in the examples folder. A screen shot of the CAN bus example is shown below. In order for it to function you will need a supported CAN bus interface, although with SocketCAN there is a virtual device driver you can load for testing purposes. 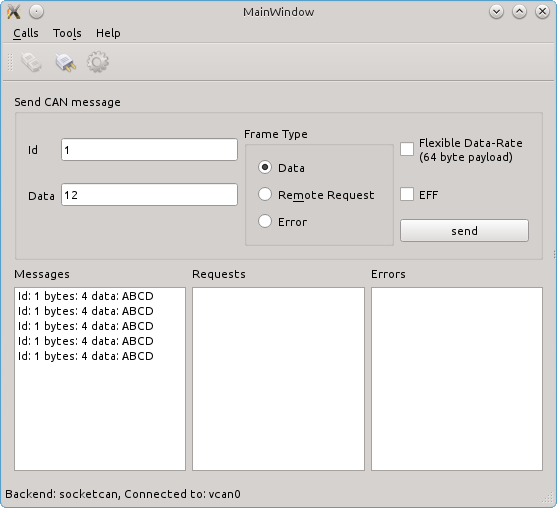 Screen shots of the three Modbus examples are shown below. Since Modbus can operate through a serial port or TCP socket, you can run them on a standard desktop system and send and receive data packets. 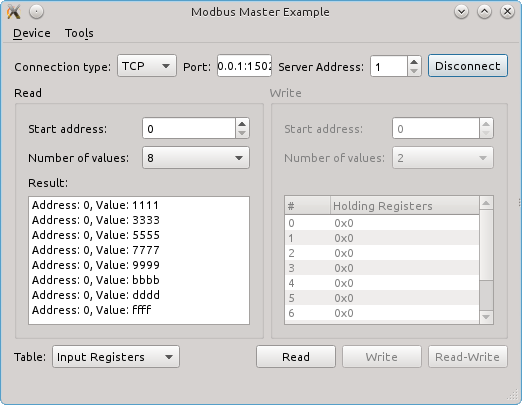 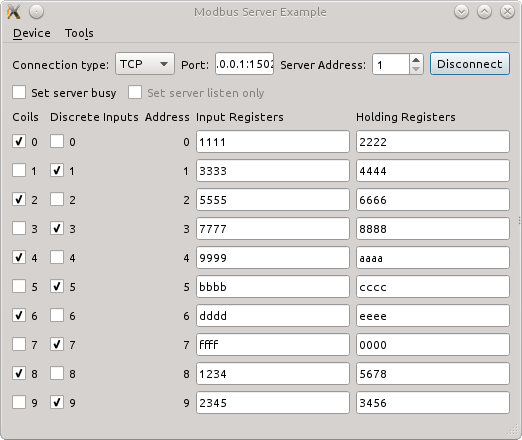 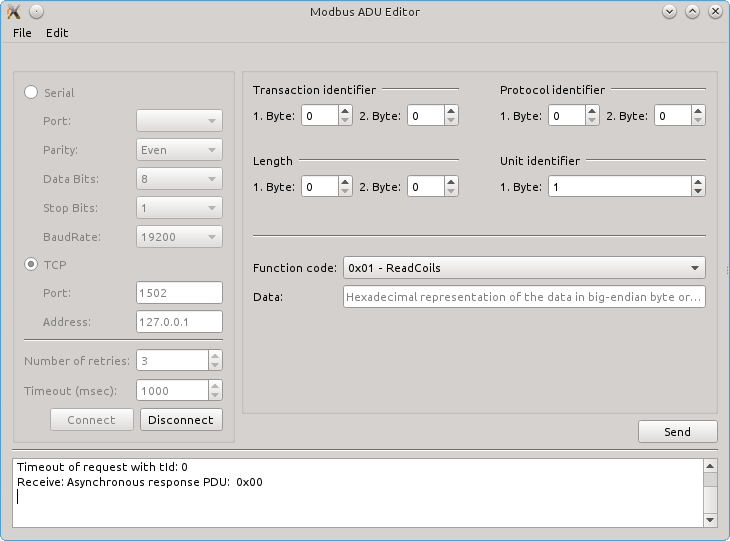 Be sure that you have a serial port (preferably two ports or two connected machines if you want to actually transfer data) or you can use TCP networking using the local machine and a non-privileged port (e.g. 127.0.0.1:1502).

A hallmark of Qt is being able to write code that is portable to multiple platforms. With QtSerialBus you now have a cross-platform way for your application to support CAN bus and Modbus. It is still considered a Technology Preview in Qt 5.6.0, so the module is expected to evolve and some of the APIs could change in the future. This will likely be finalized in Qt 5.7.0. Support for more hardware back ends is expected to be added in the future, as well as more serial protocols. Some possible protocols that come to mind are SPI, SMBus and I2C, all of which are commonly used on embedded systems.