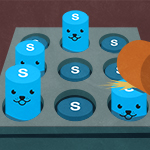 Here at ICS, we pride ourselves on hiring the best people, wherever they are located.  We have staff located in Massachusetts, California, Canada, Denmark and Poland to name just a few places. To facilitate communication and a sense of community, like many companies, we use Skype.  On any given day, I probably have a dozen individual or group chat windows going.  When projects are coming due, keeping up with them all seems like I’m playing a game of whack-a-mole.  So, when a recent update to the Skype user interface (UI) caused an unexpected change in focus, I was not amused.

More specifically, when Skype updated to version 6.14.60.104 on Windows 7, the program began to show banner ads at the top of my screen. Like many people, I have developed a healthy case of banner ad blindness as a defense so largely I did not care. That is, until I noticed an unexpected behavior change.  When I clicked in a chat window, there was about a one second delay while a banner ad dropped down from the top of the window. Again, I wouldn’t care, except in this case it actually moved the keyboard focus out of the response window.  As a result, many times, I would start typing and only get a few characters in before there was an interruption, a focus change and characters would be lost.  It didn’t happen all the time, but certainly enough to cause a bit of cursing around the office.  From what I can see on the Skype community site   I wasn’t the only user encountering this quirk. (1)

Now, I don’t begrudge Microsoft from wanting to make a buck on Skype advertising. The problem is it seems that the business, engineering and user experience (UX) people didn’t really talk this one through.  I had visions of a business person coming down to an engineer and saying “Banner ads!  Go!  Do!” Followed by a cubicle dweller adding the feature quickly and thinking, “Hmmm, seems to lose focus sometimes. Ah, what’s one extra mouse click?”  Well, that’s where the UX person, if they were consulted, would note that an extra mouse click translates to a lot of ticked off users. If we were talking about paid software, this translates to lost sales as customers shift to less frustrating software.

UX people are, in many ways, the diplomats of the product development process. The business stakeholders and product managers tend to be the ones driving new features within products.  UX can help by providing the voice of the user, which is different from marketing being the voice of the customer.  The UX person can provide insight into what features are actually used, which ones are not and what the genuine use model of a product is. Meanwhile, the technical stakeholders and engineers want to implement the new features as quickly and cleanly as possible; avoiding any rework at all costs, (engineers hate rework). The UX person can help get the feature set right, from the user’s perspective, the first time around.  In this case, the UX person would have noted that there are people who click in a chat window and start typing in under a second, so this focus-shifting thing really is a big problem, which would have saved on the social media backlash.  If you don’t think, social media affects your bottom line these days, just ask Southwest Airlines how much Kevin Smith cost them with just one tweet. (2)

It is too early to know if this misstep within Skype will cost Microsoft any revenue, however there are plenty of real-world examples that reveal the impact of UX on the business side both in terms of reputation and in terms of ROI. I just presented a webinar called First Impressions Count – The ROI of UX Design last week, a replay of this video will post soon. Check the ICSNetwork in a few weeks to watch. (3)

My parting advice to both the business folks and software developers out there is when it comes to adding in new features to any product – tread lightly. Talk to your friendly neighborhood UX designer before the coding starts to make sure the new features continues to provide your uses with the experience they expect from your software. The users will thank you or at the very least continue to help pay the bills.

PS: you can turn off the Skype ads through Internet Explorer, Internet Options, Security, by adding https://apps.skype.com as a restricted site.  Happy Skyping!