Are you a Qt developer interested in creative ways to build a messaging service for your app? If so, this blog is for you. I’ll introduce you to ZeroMQ and show you what you could do in Qt to implement messaging in your application.

Here’s why you should you care about ZeroMQ:

ZeroMQ (also spelled ØMQ, 0MQ or ZMQ) is a high-performance asynchronous messaging library for use in distributed or concurrent applications. While it provides a message queue it is unlike message-oriented middleware in that a ZeroMQ system can run without a dedicated message broker. The library's API is designed to resemble that of Berkeley sockets.

Why choose ZeroMQ for your iOS messaging library? It’s powerful. It’s cross-platform. It’s smart. And its license is not restrictive. This unique combination of factors makes ZeroMQ аn attractive option. (Yes, there are some drawbacks. The downside is that this type of “Swiss-knife” product may be a little more complicated than desired. Just a heads up.)

So what could you use ZeroMQ for? You could use it to run a server on your Apple Watch that provides your spouse — and only your spouse — with your location. Sure, that’s probably not the best use of the server, but I’ll leave it up to you to decide how to use it.

At ICS, we’re using it to develop a prototype app. We chose to use ZeroMQ because our application runs on iOS, and while Qt works quite well with iOS, we want to get to a fully independent process where everything can be built from source code. The first step is to make an application working with ZeroMQ. I’ll walk you through our progress. But first, a word about usage patterns.

The built-in core ZeroMQ patterns are:

In theory it’s easy to get an application working with ZeroMQ thanks to its cross-platform nature — and the fact that someone else has done it before. We’ve discovered the difficulties begin when applying theory to a practical solution. One of the problems is proprietary nature of Apple ecosystem. When Apple decides to change something, like replacing default compiler or changing paths, the company isn’t concerned with how this change affects other parties that do not belong to the ecosystem. Now clang is the compiler of choice for iOS/MacOS, where ZeroMQ relies on gcc/g++. Deal with it, ZeroMQ! The instructions for how to build a library for iOS are obsolete, and the build script does not work. Deal with it, Qt!

Still, we’re not to be dismayed. There are dozens of language bindings. We’re using Swift binding (find it here: https://github.com/azawawi/SwiftyZeroMQ). We don’t need Swift binding per se, but we need a working example and a working library. Swift satisfies our two requirements. But, Swift is a young language, and while it has been proven to work with iOS, how well remains to be seen.

This is our environment:

Clone, build and run. Success!! A few warnings, nothing serious, just some suggestions to update to newer version of Swift or newer version of XCode project. (Keep in mind that this project — the example I’m outlining — only does one thing: asks zmq library version. No socket, no networking, nothing.)

Still it is good enough for our purposes. There’s a zmq.h header file and set of libraries — MacOS, iOS, tvOS and watchOS. Now, I know that we can hack an Apple Watch but obtaining an actual Apple Watch will be much easier. 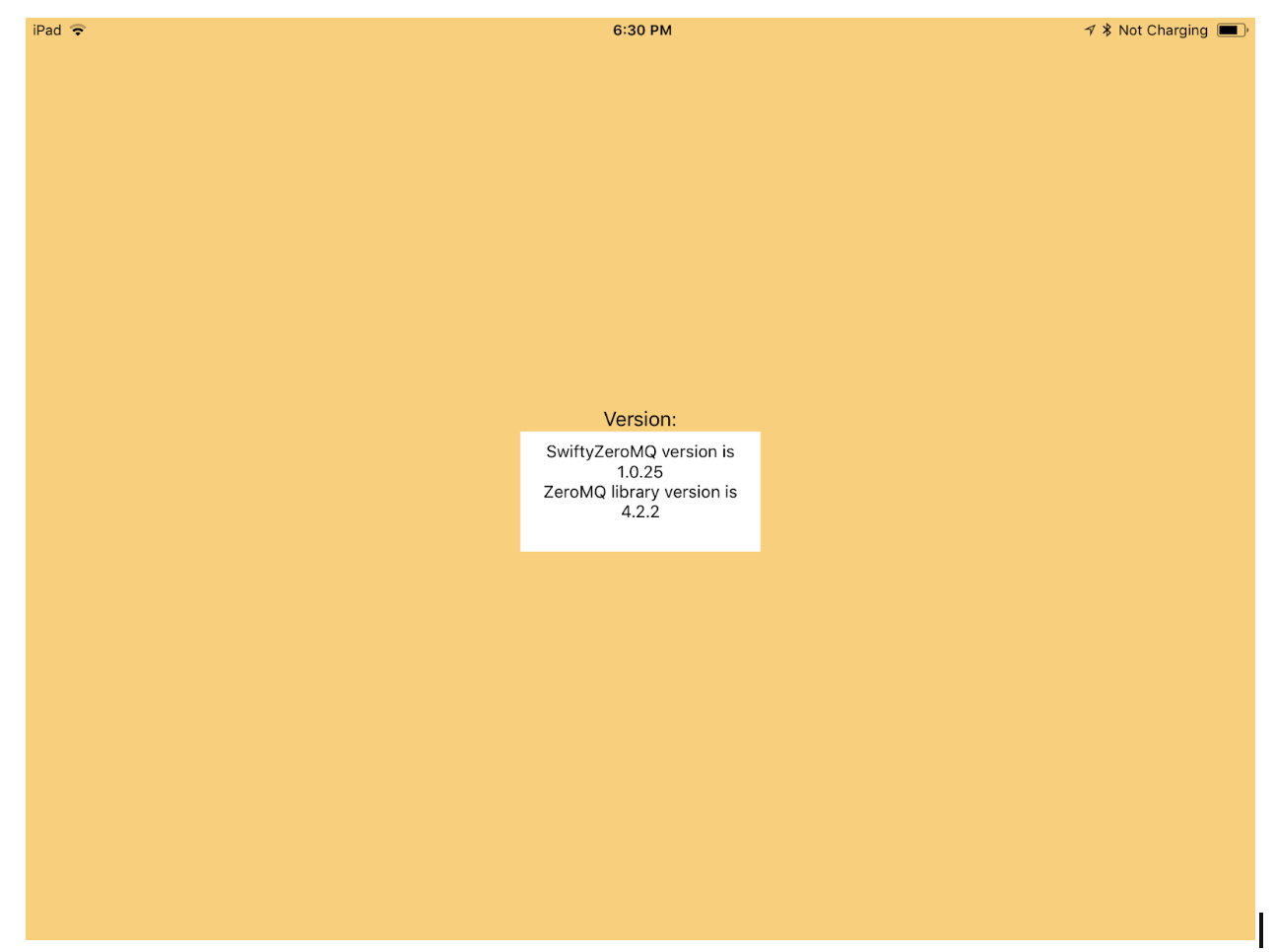 While it’s a nice feature to be able to ask a library’s version, it is nearly not enough. We need actual communication flowing back forth between our iOS device and another side with a similar (or even the same) application running on MacOS that is (hopefully) built from the same source code. 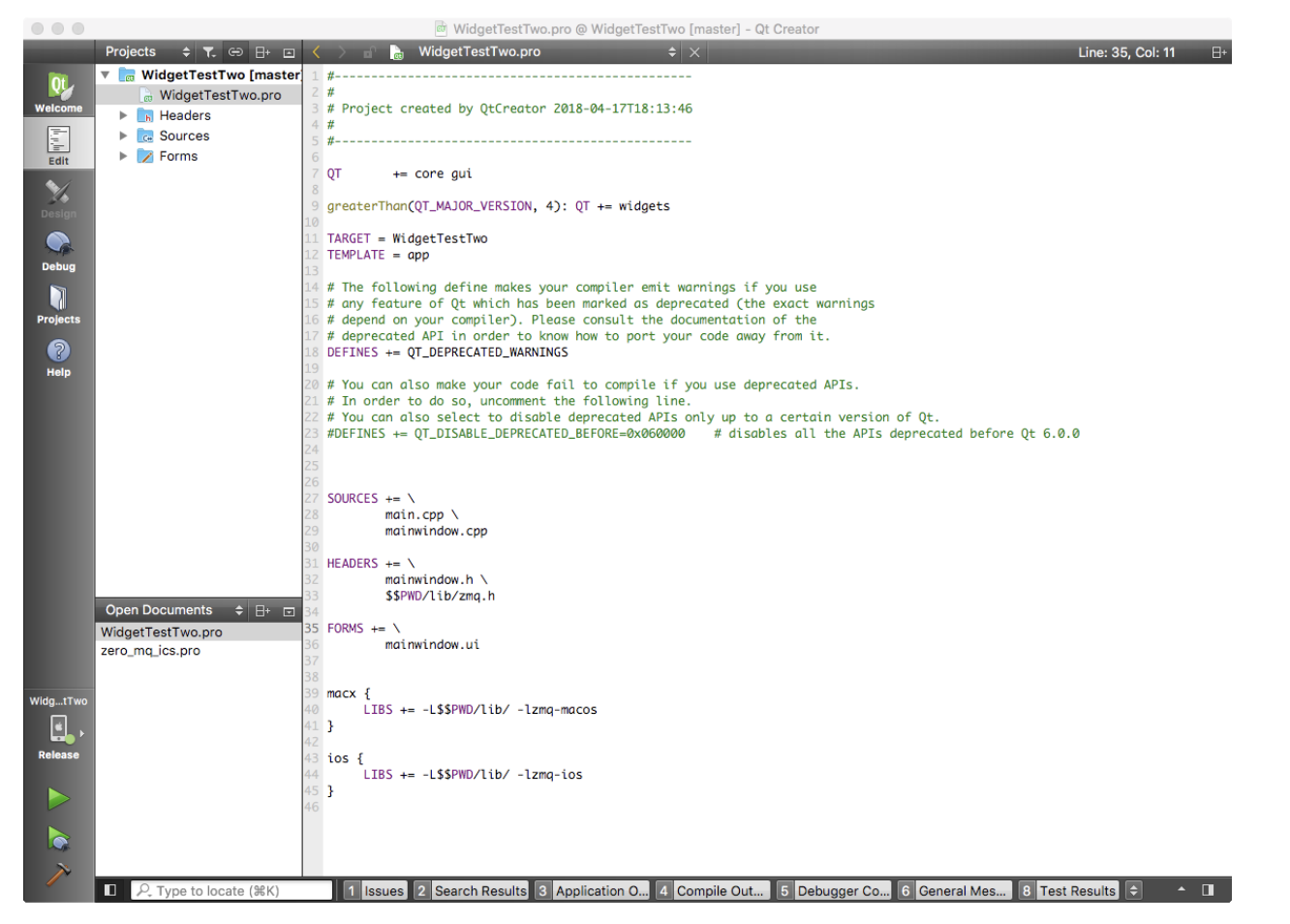 To make this happen, I implement the Request-Reply model: one request followed by one reply. (ZeroMQ implements a number of communication models like Request-Reply, Publish-Subscribe, Pull-Push, Stream.) I just need to supply an IP address and port, and decide whether our device should be a Server (Reply side) or a Client (Request side).

Connecting as a Server

Connecting as a Client

With our application now in the proof-of-concept stage, I implement simple polling. It goes on both Request and Reply sides.

Now it's time to build and deploy 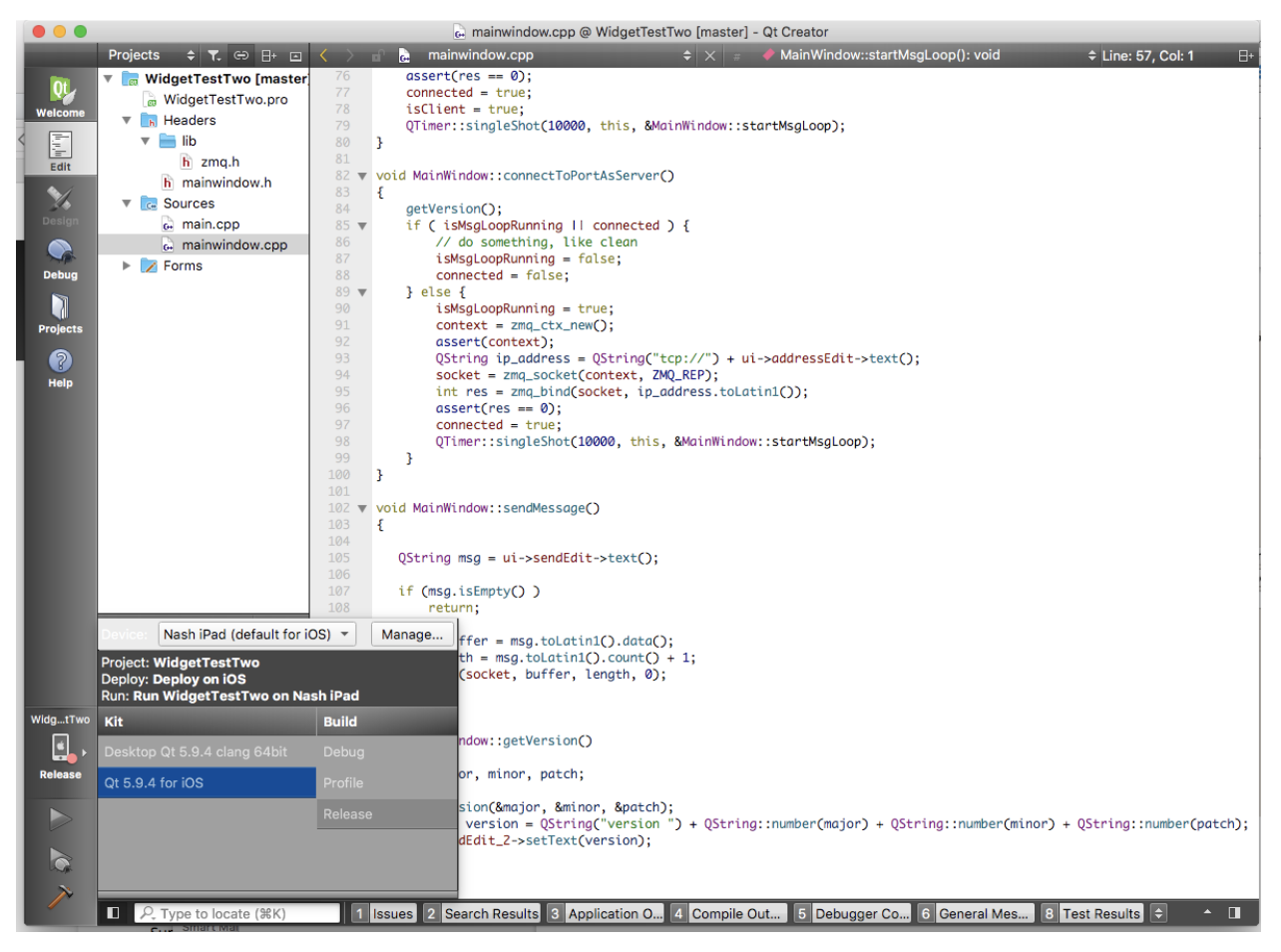 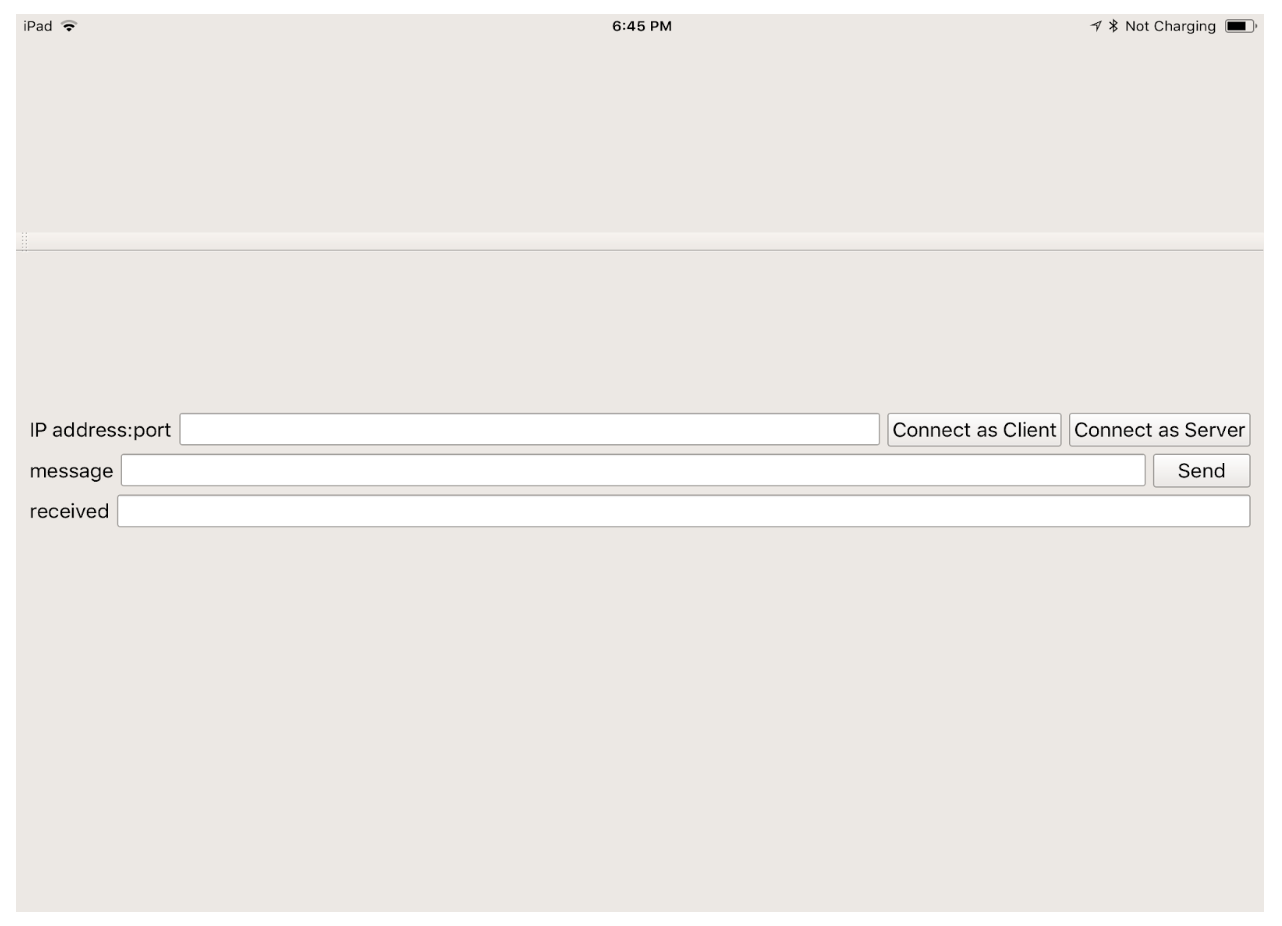 Before running, though I must answer a few questions:

Should I start Reply side first?
Not necessarily. Just don’t expect a reply if Reply side does not run

Why should I run Reply server on an iPad anyway?
Well, because you can. It is much easier to debug software on the desktop than on the device, so it is real life case where it does make sense.

Putting It All Together

In this example we answered a very important question: does ZeroMQ work with Qt on iOS? Yes, it runs as Request side or as Reply side. It is cross-platform so the same source code builds and runs on MacOS and iOS (and on Linux  with a Linux-specific library).

That's great news, but this is only a half of the process. Now we have to actually build the ZeroMQ library for iOS. I’ll show you how we did it next week.