Since my last update there have been some new happenings in the Raspberry Pi community. Here's a look at a few of the most significant events. 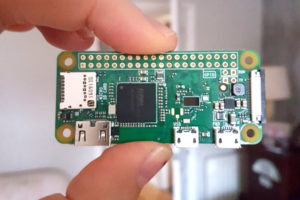 I recently purchased one, along with the official Raspberry Pi Zero case.

As compared to the Raspberry Pi, the Zero W has only two USB ports (which are also used for power), no Ethernet, and sound output only through the HDMI connector. It does support adding a header so you can use the GPIO pins, and has a connector for the Raspberry Pi camera. It uses the same CPU as the original Raspberry Pi 1, so it is significantly slower than the Raspberry Pi 3.

I'm currently using mine as a print server to make a laser printer available over my home network. One USB port goes to the printer and one is used for power. It uses WiFi for networking and I can manage the print server remotely from a web browser using CUPS.

At one time, I used a desktop computer in a tower case as my print server. The Pi Zero W is a big improvement as it uses only about 1 Watt of power and takes up a lot less space than the desktop PC, which had a 200 Watt power supply and a noisy fan.

I was able to build the most recent release of Qt 5 for the Raspberry Pi with no issues. I just had to ensure that I configured it for the correct device. (You should use -device linux-rasp-pi-g++ and not linux-rasp-pi2-g++ or linux-rasp-pi3-g++ when running Qt's configure script). Note that a version of Qt 5 is included as part of the Raspbian distribution, but it is Qt 5.3.2, which is quite old (from September 2014). 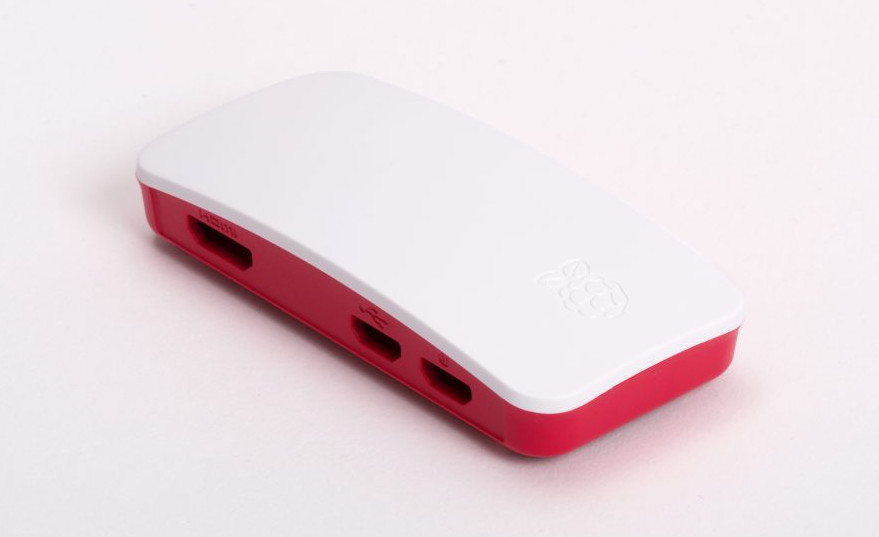 The official case is nice: it is very small and snaps together with no screws. It comes with three different top pieces: a closed one to accommodate just the Pi Zero; one with a cutout to allow access to the optional GPIO header; and one with a hole for mounting the Raspberry Pi camera.

Since it supports the camera, another application that comes to mind for the Raspberry Pi Zero W is a security camera. The computer with camera would be extremely small and could be accessible over WiFi.

If you purchase a Raspberry Pi Zero W you will also need a mini-HDMI to HDMI adaptor to connect to a monitor and a micro USB to USB adaptor if you want to connect it to a standard USB device. There are low cost kits available on eBay that include both of these as well as the GPIO header. I picked up one for US$1.75.

The Raspberry Pi family has grown significantly since the first model was offered. The versions of the Raspberry Pi that are currently available are the Pi 3 Model B, Pi 2 Model B, Pi 1 Model B+ and A+, Pi Zero, and Pi Zero W. The industrial versions include the Compute Module 1, 3, 3 Lite, and I/O board.

As I was setting up my Raspberry Pi Zero W the latest Raspian Release came out, the June 2017 version of Raspbian Jessie. Recent versions of Raspbian have made the desktop look much nicer and more usable. This new release offers version 2.0 of the Scratch visual programming language.

Another handy feature that was added recently is a VNC server that allows remotely logging in and controlling the desktop over the network from a VNC client. (VNC Viewer from RealVNC Ltd. works well.)

I noticed that the new Raspbian release will warn you on login with a very visible dialog box if you have an ssh server enabled and have not changed the login password from the default value. 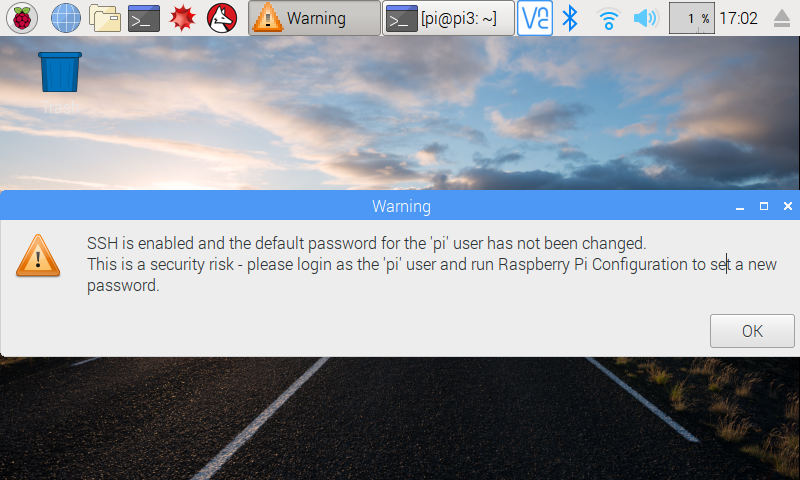 If your device is on the Internet, it is particularly important to set a strong password. There have recently been reports of malware that targets Raspberry Pi devices that have the default user name and password. You should also keep your Raspberry Pi up to date with the latest software packages.

As of March 2017, the total number of Raspberry Pi units sold reached 12.5 million and, despite a number of competitors, it shows no signs of stopping. Even industry giant Intel has had difficulty competing in the market for low-cost embedded boards.

Rumor has it that there will be a Raspberry Pi 4, but likely not until 2019. This version may even feature some form of partnership with Google to add AI tools into the Raspberry Pi, something Microsoft has also been reported to be exploring.